Hello. We are Kano Studio, An Interior Designers, Focused On Details.
Follow Us: 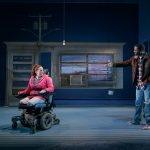 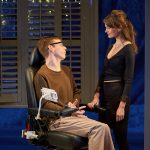 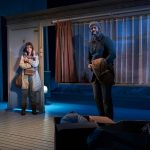 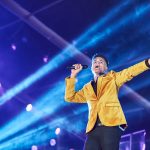 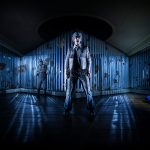 Matt is a UK based lighting designer who believes that the arts should be accessible to all. He works internationally on theatre, opera, site specific, concert, installation and corporate projects.

The intention and focus of the performer are at the focal heart of his process. Capturing them within lighting worlds that are either diffuse with atmosphere or visually absolute, his work directs the eye with cinematic jump cuts or via painterly composition. His distinctive use of colour moulds three-dimensional worlds, underscores the narrative and accentuates mood. This process has informed the curation of the galleries below, forging visual associations between projects across the different genres his work encompasses.

Go to category
To paraphrase a cliché, it’s rare to leave a theatre humming the lighting. But here, Matthew Haskins’ lighting designs help make this production so powerful and evocative, whether projecting grotesque, distorted shadows on the back wall of Madeleine Boyd’s claustrophobic set, or illuminating characters’ subtle facial expressions. Dawn and dusk are both beautifully realised, and when we’re finally shown a brightly lit stage at the opera’s shocking close, you almost have to shield your eyes.
For ``The Turn of The Screw``, Graham Rikson, The Arts Desk
Matt Haskins' stage lighting, meanwhile, had several wow moments.
For ``One Enchanted Evening``, Veronica Lee, The Arts Desk
Matthew Haskins's lighting design made handsome use of chiaroscuro.
For ``Maria Stuarda``, Fiona Maddocks, The Observer
Matthew Haskins’ precise and dramatic lighting finds all the dark corners of Madeleine Boyd’s stylishly skewed set.
For ``The Turn of The Screw``, Ron Simpson, WhatsOnStage
Adapted and directed by Anna Ledwich, her production is compelling - beautifully lit by Matt Haskins, brilliantly designed by Helen Goddard and with a subtle, insinuating sound design by Adrienne Quartly.
For ``Dream Story``, Giles Cole, WhatsOnStage
… the collaboration with lighting designer Matt Haskins allows incredible use of reflected light.
For ``House of Mirrors & Hearts``, Douglas Mayo, British Theatre
The atmosphere of claustrophobia and psychological terror is brilliantly maintained, aided by Matthew Haskins' subtle lighting changes from the brightness of an idyllic uppercrust country life to a menacing atmosphere of half-light and shadows.
For ``The Turn of The Screw``, Geoffrey Mogridge, Opera Brittania
Creepy, insidious, almost Freudian production, with very expressionist lighting (think Murnau's Nosferatu or Coppola's Dracula). Great performances from Sarah Tynan as the Governess and Tim Gasoriek, astonishing as Miles T.
Tim Ashley, Interval time in @Opera North: The Turn of The Screw Stream
Matt Haskins’ lighting floats through gaps, holes and windows, giving texture to empty space. It suggests the damage done by Joe and Anne’s actions, but also the passage of time, the tenacity of love, and the possibility of forgiveness.
For ``Wilderness``, The Stage
But it's turned into a theatrical marvel by Ana Inés Jabares-Pita's set (as well as Matt Haskins' lighting), with huge, reflective panels arching over the stage (similar to Miriam Buether's designs in the 2018 revival of Machinal, though used more inventively here). The reflective surfaces blend the corporeal and non-corporeal – fallen snow on the stage reflects up to appear like stars in the sky. Heaven and earth reflect seamlessly onto one another – at one point Susie dances alone to David Bowie, while far above her, her mirror image dances to the same tune. It's a lingering and well-wrought piece of stagecraft.
For ``The Lovely Bones``, WhatsOnStage
It’s a world of half lights and shadows (thanks to Matthew Haskins’s atmospheric lighting effects) and tacit implications which, under Alessandro Talevi’s insightful direction, invite even more disturbing interpretations.
For ``The Turn of The Screw``, David Truslove, Opera Today
Lucy Sierra’s set dominates the space, covering it with dirty broken walls and littered toys. A metaphor for the disequilibrium happening, it’s aided by Matt Haskins’ lighting design, which flickers and distorts reality. Dan Balfour’s sound evokes paranoia – it all works for Anna Ledwich’s vision.
For ``Wilderness``, Broadway World UK
For me, it’s the skill of Melly Still’s production, Ana Inés Jabares-Pita’s design and Matt Haskins’ lighting that makes the evening work.
For ``The Lovely Bones``, Guardian
Imaginative lighting design by Matt Haskins and Sound/Music by Jon Mcleod greatly aid the creation of atmosphere.
For ``The Picture of Dorian Gray``, Four Stars London Theatre
That said, all praise to Matthew Haskins’s lighting design, which incorporates shadow play most skilfully. Sometimes shadows of suspicion and intrigue are more potent than that which is seen in full light.

In the opening scene the women of the chorus cluster round a light-box, in which we see the shadow of a spider. The image is clear and enduring. Everything is black or blue, apart from a red box carried by Sara. It draws the eye. Inside there are insects, fed then to the spider. When the men of the chorus are on stage after that, talking amongst themselves in twos and threes, is it my imagination or are they scratching at their heads? Are the bugs amongst them too? It matters not if I am being fanciful, for the atmosphere of the court is febrile, suspicions are rife. It is the way of things.

Any cookies that may not be particularly necessary for the website to function and is used specifically to collect user personal data via analytics, ads, other embedded contents are termed as non-necessary cookies. It is mandatory to procure user consent prior to running these cookies on your website.